â€œBut the problem [with monetary policy] is not so much what we can do, but what we ought to do in the short run, and on this point a most harmful doctrine has gained ground in the last few years which can only be explained by a complete neglect â€“ or complete lack of understanding – of the real forces at work. A policy has been advocated which at any moment aims at the maximum short-run effect of monetary policy, completely disregarding the fact that what is best in the short run may be extremely detrimental in the long run, because the indirect and slower effects of the short-run policy of the present shape the conditions, and limit the freedom, of the short-run policy of tomorrow and the day after. I cannot help regarding the increasing concentration on short-run effects – which in this context amounts to the same thing as a concentration on purely monetary factors – not only as a serious and dangerous intellectual error, but as a betrayal of the main duty of the economist and a grave menace to our civilisationâ€. – Â F.A. Hayek 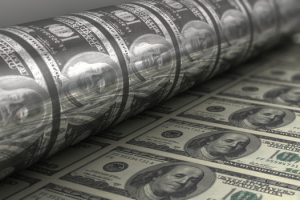 The above quote from Hayek might sound like something a clear thinker wrote recently. It was indeed written by a clear thinker, but it was not written yesterday â€“ it was first written 71 years ago back in 1941. [1] Ever since (and many years prior, e.g. the â€œroaring 1920sâ€) the focus on â€œshort-run effectsâ€ have come to dominate monetary policy in the U.S. (and most other economies), perhaps most clearly during the last 20 years and most notoriously since 2008.

Today, some of the by-products of these myopic monetary and economic â€œpoliciesâ€ are blatantly obvious:

As saving is required for investment and as the maintenance and accumulation of capital is a prerequisite for economic growth, the U.S. economy is currently positioned for further economic decline rather than the growth monetary cranks and demagogues, including but not limited to central bankers (central planning econometricians) and politicians (most of whom are social democrats whether they admit it or not) allegedly crave. I say â€œallegedlyâ€ as both the monetary and economic policies that have been in place for decades and again especially since 2008 can only serve to strangle market forces naturally and relentlessly pushing in the direction of increased economic prosperity.

For short-term thinkers, a favourite culprit for lacklustre economic growth is a â€œlack of lendingâ€ (78.5m hits on Google). If only banks (or governments or central banks) would lend out more money all our economic woes could be solved quickly and harmlessly is perhaps a reasonable exemplification of this line of thinking. The answer to this (lack of) reasoning needs to be broken down in two parts: 1) the lending of money previously saved and 2) lending new money into existence.

Firstly, the act of saving frees up resources in an economy. The actual money saved during the process is simply a ticket or a claim for purchasing power earned during the act of consuming less than was produced. Whether the saver choses to exercise this claim or not is largely irrelevant as the excess of production over consumption has already benefited society in economic terms. As long as the savings have been stored in the form of money and not in the form of actual physical goods locked away, the saver has no control of how the surplus is utilised in the economy. For example, assume you live and work in an economy producing potatoes, the only food item and good produced in the economy. During the course of a year, you produce one ton of potatoes while only consuming 365 kilos. Your excess production over consumption hence amounts to 635 kilos which you sold on the market for one potato dollar (PD) each. Your monetary savings therefore amounts to PD635 for which you can claim 635 potatoes at a later stage. What happened with the 635 kilos of potatoes you sold on the market? We donâ€™t know, but what we do know is that someone else benefited from them through consuming them, re-selling them or perhaps storing them for later consumption. The fact that you saved the PD635 is totally unrelated to what happened to the physical surplus generated and does not lead to a reduction in potatoes available. In general, as long as the saver doesnâ€™t utilise the claim to purchasing power gained through the act of saving (producing more than is consumed), the purchasing power of others increase as a result of fewer money chasing the goods and services available in the economy (remember the purchasing power of money increases when the demand for money to hold increases, i.e. prices fall). It is therefore the surplus generated through the act of producing more than is consumed that creates wealth in the first instance, independent on whether the monetary savings are added to cash balances or invested. The crucial point is that the surplus created does not diminish or change or remain â€œunutilisedâ€ if the money received for creating this surplus is added to cash balances. Of course, if the entire monetary saving at a later stage is used for consumption, the surplus previously created will be brought back to zero. If the savings are lent out, the borrower now is in possession of the purchasing power, or the claim on savings, which can be spent either on consumption or investment. If itâ€™s spent on consumption, the former surplus is reduced. If spent on production activities, the surplus will gradually, depending on the nature of the investment, be consumed and transformed into new capital goods. If the investment is successful, the â€œoldâ€ savings would have resulted in productivity gains and increased production which may again lead to yet larger savings and so forth. If unsuccessful, the savings have been squandered and will need to be replaced to bring the economy back to its previous level of economic wealth.

We therefore see that whether monetary savings are lent out or not is secondary in economic terms to the act of producing more than is consumed. A â€œlack of lendingâ€ is therefore not the main culprit of slow economic growth, but a lack of production and savings are. The economy can however grow faster than otherwise if these savings are lent out to entrepreneurs that utilise this purchasing power better than the saver. Conversely, the economy will grow slower or even contract if the savings lent out are squandered. Lending money previously saved is therefore a two-edged sword as the economy can grow both quicker and slower as a result. Economic policy should therefore focus on how an increase in production over consumption can be attained and how the corresponding savings can be invested efficiently rather than focusing on how savings can drive consumption as is standard economic policies today. Economists solved the answers to these questions centuries ago â€“ let markets, and not politicians, bureaucrats and central bankers, rule.

Secondly, can lending money into existence help economic growth? This question has in many ways already been answered. The best that can ever be hoped for when money is lent into existence is that the recipients of the new purchasing power are shrewder and put the money to more productive use than those already benefiting from the savings an economy generates and the lending based on it. Exactly why this should be so however is not readily apparent as we can only assume that savings in general are channelled into the most productive uses first – the free market knows better than any other system where an investment is likely to attract the highest return compared to the assessed risks involved. Unfortunately, loans based on creating ever more fiat money tend to be channelled into areas of the economy politicians deem important, such as mortgages and wealth distribution programs. Such lending practices more often than not result in pushing house prices and building costs up at the expense of other sectors of an economy and leading to unsustainable and wealth destroying misallocations of economic resources.

In conclusion, as more money in an economy does not make it wealthier (if it did, we could stop working and print money instead), lending new money into existence can only lead to increased risk of economic failure through increased financial leverage, depletion of savings, less efficient allocation of scarce resources and the sapping of purchasing power from the productive parts of the economy. In short, the upside of lending money into existence is either strictly limited or non-existent at best while the downside risk is tremendous and ever-present. The same answer applies to the faulty doctrine of â€œkick-startingâ€ the economy by way of some large government programme to increase employment, blessing part of the population with subsidies or showering a particular sector of the economy with easy and cheap credit at the expense of others, especially savers and those on fixed incomes.

Itâ€™s always some other reason than money per se fruitful ventures are not undertaken in general, and that reason is a lack of scarce resources or some other fundamental reason holding back (the opportunity for) investments such as a lack of savings, lack of profitable projects or economic uncertainty making planning difficult to mention a few. Underpinning them all is a lack of purchasing power. The by now regular and pending â€œdebt-ceiling debateâ€ will rather quickly be resolved by choosing the path of least resistance: raising the debt ceiling. And with it making the purchasing power of money weaker still.

This article was originally published in The Crank Report, Issue # 10.